A fatal accident occurred on 15 September 2021. A 52-year old mainland worker had been working alone on the tenth floor of a government building in Pac On, and was found dead on the floor, in a room. The exact case of death is yet to be established, but may have been due to the deceased fainting, as a result of lack of air circulation in the room. Lighthouse Club Macau Benevolent Fund donated MOP70k to the wife of the deceased. 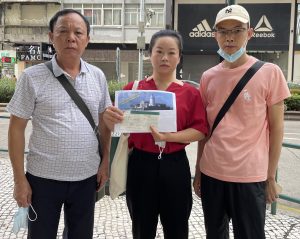 An accident occurred in Coloane – Seac Pai Van, at the CN6A worker’s training centre. A 36-year old fit-out worker fell from a 2m high ladder. He was hurt badly and rushed to the government hospital. After brain surgery the worker was in a coma and his situation remains serious. The worker had a wife and two sons. Lighthouse Club Macau Benevolent Fund donated MOP70k to the wife of the deceased.

A fatal accident occurred in Coloane on 31 August 2021, when a self employe 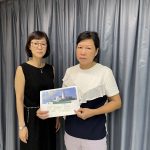 d,58-year old welder fell from a 2-meter-high platform at the parking lot of a home for the elderly. He suffered serious injuries and was taken to the government hospital and underwent brain surgery. He was in a coma for more than a week, but passed away on 09 September 2021. The worker left behind a wife and three children, of which two are aged 8 and 16 years. Lighthouse Club Macau Benevolent Fund donated MOP70K to the wife of the deceased worker. 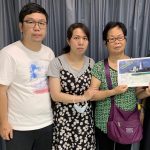 A 65 year old worker fell from a one meter high temporary platform and died as a result. Since the worker was self employed, this accident was not covered by Employee Compensation Insurance. Neither did he have his own health or accident insurance. Lighthouse Club Macau Benevolent Fund donated MOP70K to the deceased’s wife.

Further to this case reported in 2020, the injured person remained in a coma since the accident in Macau in 2019, when an initial donation of MOP70,000 was made to the injured person’s wife. Lighthouse Club has continued to support this case with an additional payment of MOP70,000 for 2020 and 2021. The injured person who has three children has now returned to PRC but is paralysed and 24 hour intensive care is required. He can only communicate by moving his head and blinking his eyes.

There are no upcoming events at this time.