This concerns a very sad case which happened in Macau in November 2019. The case was referred to Lighthouse Club Macau by Macau Construction Association. It seemed that the case was not reported in the press. A PRC worker fell to the ground from the structure of a flyover near the Olympic Stadium in Taipa.

After surgery the patient has been in a vegetative state ever since. The hospital advised there is not much treatment can be done. The patient needs 24 hours close monitoring and care.

He is only 41 years old and has three children aged 8 – 11 years. Due to the Corvid-19 situation and travel restrictions the wife has been unable to see her children since November.

Lighthouse Club Macau has donated MOP70,000 and will continue to support her and the family with certain payments for a further year.

On 19 May 20, a self employed local worker was carrying out some household repair work in an apartment in Macau. He accidentally fell from the apartment balcony 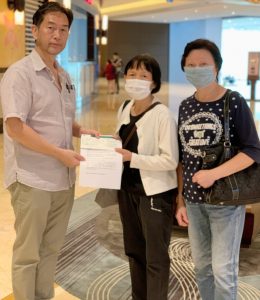 and was seriously injured and underwent six days in the hospital ICU, but unfortunately did not survive. He is survived by his wife, but no children.

As the worker was self employed, he had no employment compensation insurance and his wife spent MOP180,000 for 6 days ICU medical care for her husband from her own pocket.

In investigating the case we heard that in 2004 the same worker fell from a third floor to the ground and was badly hurt. He underwent medical treatment for one year.

Unfortunately, in the case of the second accident he was not so lucky.

On Saturday 13 Jun 2020, Lighthouse Club Macau presented the wife of the deceased a cheque for MOP70,000 (see photo).

This case is a good example of Safety Training being essential for self employed worker who take risks in carrying out their work,and probably lack any formal safety training. 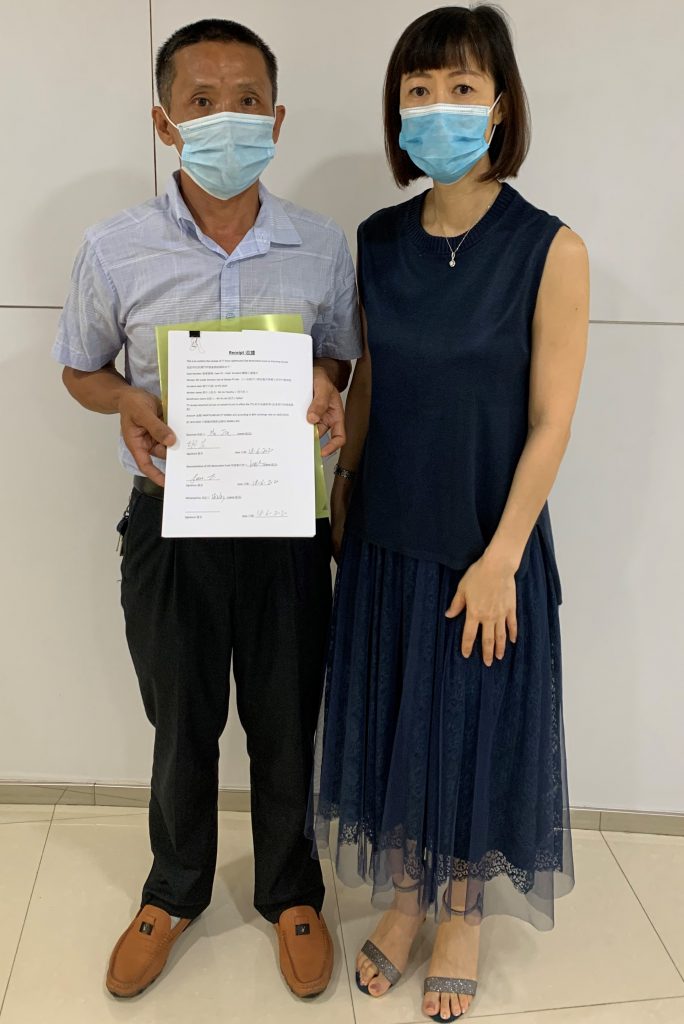 On 24 March 2020, three workers died and four were injured after scaffolding, with an intermediate working platform, collapsed in a lift shaft, where the workers were cleaning debris, trapping the workers.

Lighthouse Club Macau managed to make contact with the father of one of the workers who was killed in the accident. The father was working on the same site as his 19 years old son.

Now he has quit his job and returned to his home town in China to take care of his wife.